In the number 5 spot are the rims found on the 2021 Toyota Avalon TRD. These rims mainly found their way onto this list because of how well they complement the 2020 Avalon.

Ever since it was first introduced back in 1994, the Avalon has always been seen as your “grandparents’ car”, but for 2019 Toyota fully-redesigned the Avalon to boast an all-new design that brings it into the modern decade where sportiness speaks volumes.

Moreover, to make the Avalon even more of a departure from your “grandparents’ car”, Toyota has introduced the TRD trim level. This is the first time in the Avalon’s history that a TRD model has been produced straight from the factory! So, this is quite a big deal.

The TRD trim level adds completely blacked-out 19-inch rims which boast an almost Lexus-like appearance. The rims are a 14-spoke design affixed to sleek low profile tires. But the sportiness doesn’t stop there!

Toyota adds additional spice by splashing a tasteful amount of red accents on the center cap, which spells TRD in an embossed fashion. This honestly made our jaws drop, especially when we saw this design element paired alongside the oh-so-bright red brake calipers (which are also exclusive to the TRD model). The two red elements complement each other better than wine and cheese, and that’s not an exaggeration. Seriously.

THIS IS NO LONGER YOUR GRANDFATHER’S AVALON! COOL IS ENGRAVED WITHIN IT’S DNA! 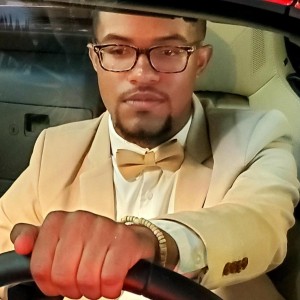 Sign up to get notified about our latest video reviews and blog write-ups.